In the autumn of 2008, I was photographing in the Eight Homes suburb in Beijing. Eight Homes is precisely the kind of suburb that the expanding city of Beijing will suppress and usurp. The houses are being replaced by more modern ones, and people must find a new place to live. The locals call these areas “city villages”. They are not Hutong areas, which nowadays are seen mainly as picturesque places for tourists who can let themselves be taken there by rickshaws. Officially this area doesn’t even exist – the roads and locations are not named in any map I’ve browsed. There are probably just two roads crossing in the area, nothing else. The area is “merely” a potential new building ground, a colony reserved for new ideas, for something new, with no history of its own.

Although a permanent site-bound identity can hardly be built here, every building, usually a shack, in the area echoes the themes brought up by veteran houses: these houses are also meant for people who immigrated here (from the countryside), and in the same way, families gather around a single hearth, enjoying the cosy warmth of home. Thus, the area and the buildings represent, in a concise and concrete manner, also the theme of presence – despite all, it is a home for almost 200,000 people, a urban landscape of the soul.

Often, I was stuck with my back to the wall and the opposing wall looming just a couple of meters off. I used a fish eye lens what is one of the most absurd attempts to possess the world. After the photography session, I edited the photos in Photoshop to transform them back to “normal”, that is, to perspective images with vanishing points conforming to Western imagery. Thus, the final picture may consist of as many as thirty smaller photos that I edited and pasted together as a complete panorama image during the image processing work. Leaving signs of the process in the finished work was a conscious choice, visible in the uneven edges of the pictures. The picture is not primarily “whole” – rather, it is an imitation of a panoramic or perspective image that we tend to consider easily and smoothly readable. 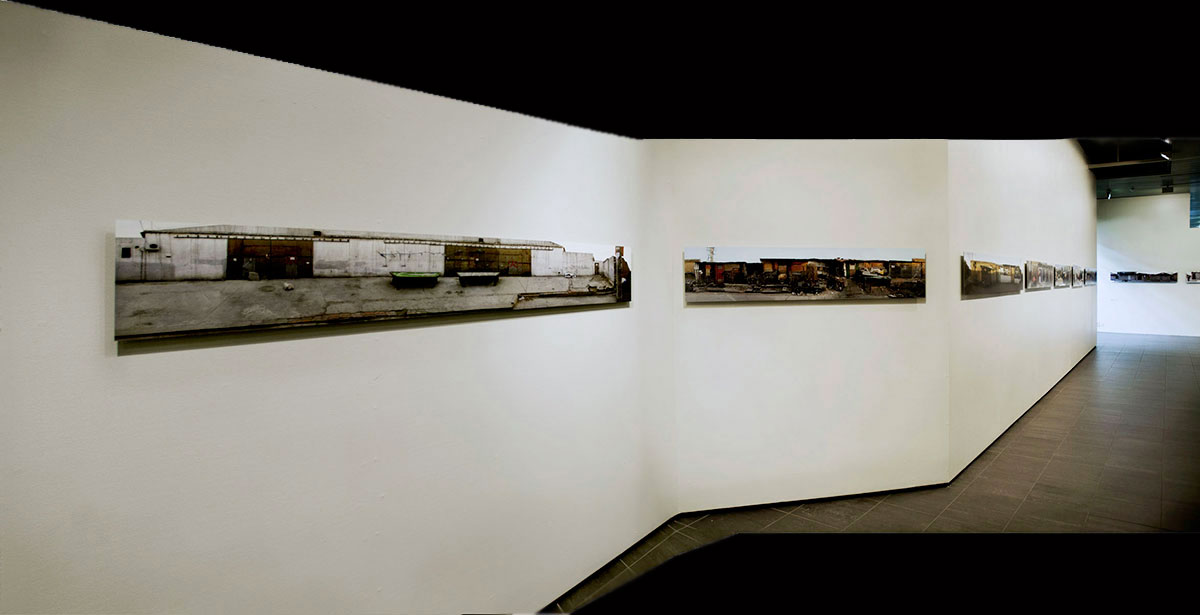 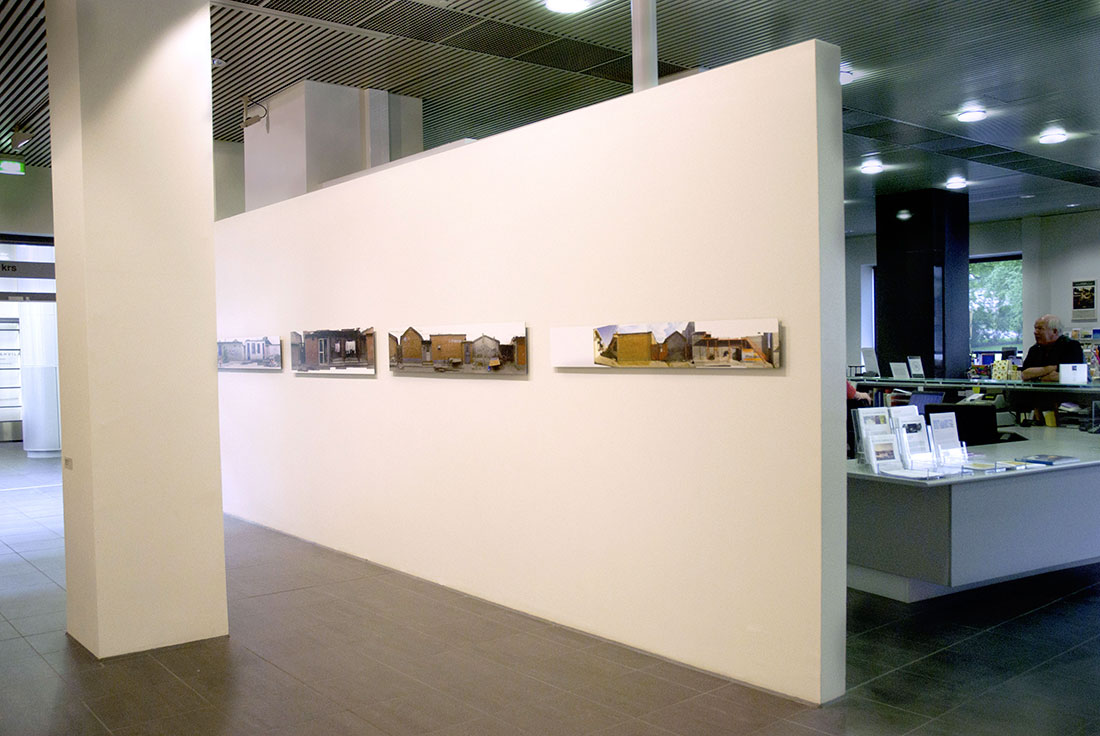 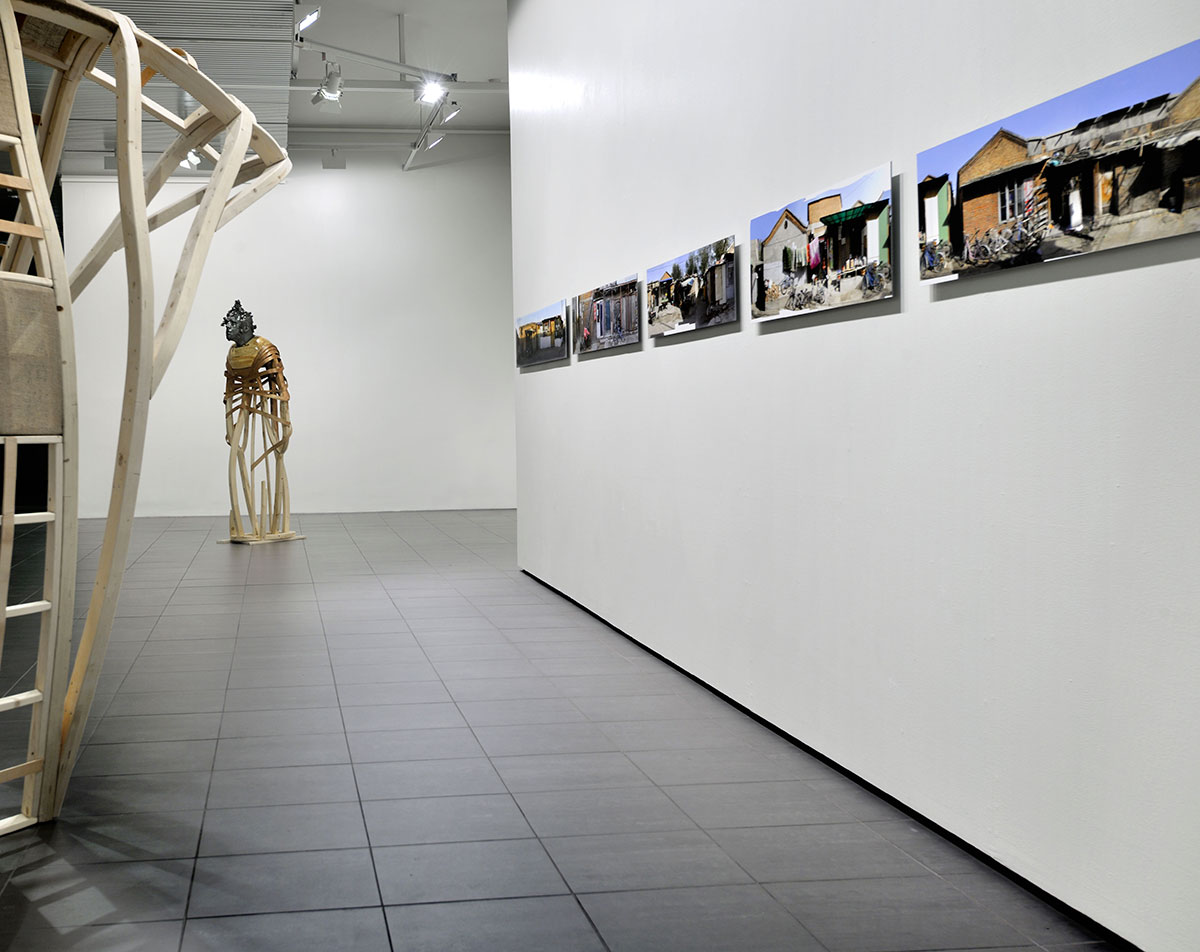